The club moved in 1980 to the area just south of the OC Fisher spillway, which was regulated by the Army Corps of Engineers. At the time the area was a public use area and also used by off road vehicles. The initial runway was a 300'x75' piece of asphalt that was installed in 1960 as a practice roadway by a local road construction company. Temporary benches and worktables were made of wooden wire spools. At the time the whole area below the spillway was bare of vegitation. The first club officers were Johnny Kirby as President and Jack Mathews as Vice President. The first meetings were held at the Livestock Weekly office just up the road on Arden St, past Hwy 2288. In 1980 the club held its first Outdoor Fly-In with about 30 pilots. Participants learned about the event by word of mouth and came from all over the state.

1986
In 1986 the club was renamed the Angelo RC Inc. The club's logo featured a P-47 Thunderbolt from a Byron's Original model box top. An initial agreement with the Corps of Engineers leased the flying area for $1 per year. Per the agreement we were not allow to install any permanent structures.
1990

In 1990 the club facilities were improved, when club member Leonard Dean (aka "LD") spearheaded and effort to build the covered area. The metal awning and frame was built by members of the club, with TJ Sonneberg doing a lot of the welding. The sheet metal for the awning was from donated by Harrison Roofing, after a client decided it did not like the look of the sheet metal roof on their building. Additionally, benches, work tables and a sandbox for the children were also installed. The storage shed was also installed at the field. The shed was originally a Western Mattress trailer.

2006
In 2006 the first TINY (Texas Indoor New Year's) Fly-In was held at the San Angelo Coliseum. the first TINY fly-in had about 40 pilots. Participants came from all over the state, New Mexico and Oklahoma.
2017/2018
A replacement set of shade cloths were installed in 2017 by Jimmy Gaona, Tom Ungard, Jim Fogleman, Bubba Brotherton. The Angelo RC wording on the shade cloth was painted by Jimmy Gaona. Additionally, the benches, tables and workstations were repainted. In 2018 an additional two shade cloths were added to the covered area.
2019
In May of 2019 a temporary member, Armando Gallegos, who is a professional drone racer, set up our first drone racing course. After he left, he donated several gates and flags which Jimmy Gaona configured into a simpler race and obstacle course. Jimmy Gaona also created the covered pilot area over the unused helicopter pad. Additionally Jimmy created and expanded information board and FPV frequency assignment board.
2020
Angelo RC mural was painted on the storage shed in 2020 by Jimmy Gaona. Jimmy also created a “Lost and Found” box and a Wash Station stocked with soap, hand sanitizer and paper towels to help combat the Covid-19 epidemic. Bubba Brotherton and Jim Fogleman staked the workstations to the ground to prevent the wind from tipping them over. Charlie Campbell also installed a new weatherstation, including new electronics, a weather vane and anemometer, after the old weatherstation was knocked out during a severe thunder storm.

The club originally started as a group of RC flyers who flew at the car drag strip owned by Bobby Eggermeyer in Wall, Texas. The drag strip was originally an airstrip used by Goodfellow Airbase for training B-25 pilots. The group of flyers formed the Concho Valley Model Aircraft Club (CVMAC). Some of the first members were Johnny Kirby, Jack Mathews, Jim Mohling, Monty Pace, Greg Buchannan, Ken Hoffman and Dean Logen. As the Wall area developed, the group had to move and find a new location to fly.

2016
In September, the runway is given a long overdue facelift. Quality Striping was contracted to fill in the cracks, sealcoat and repaint the runway with a whole new striping job.

Click on the San Angelo Standard Times news article images below to see the PDF fullsize view.
(Opens in a new window)

1982 Photo of the field before the awning & storage areas were installed.
1981 Photo of the Arden Rd. Photo taken from camera mounted in a SIG Cadet Aircraft. 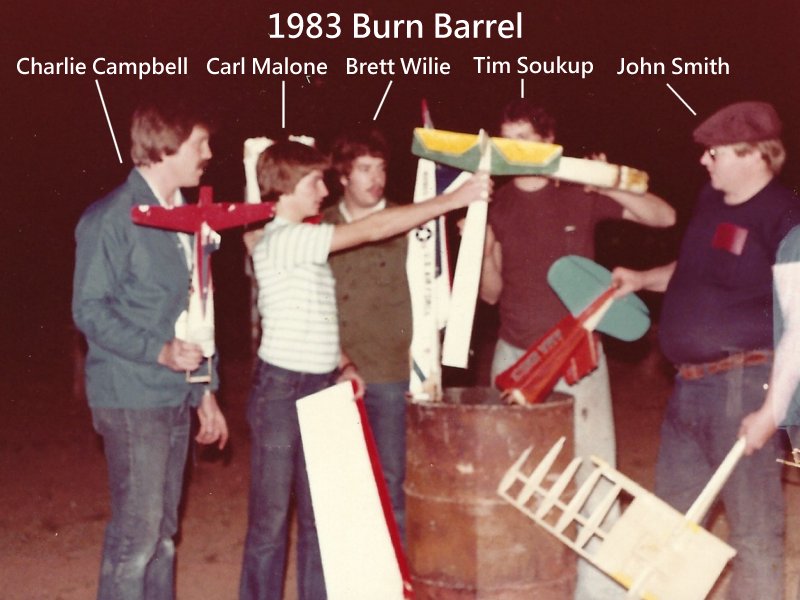 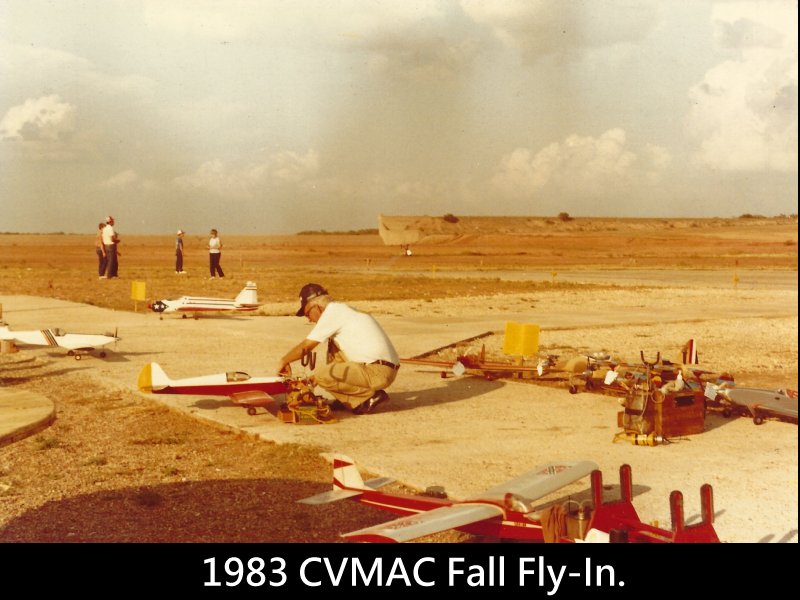 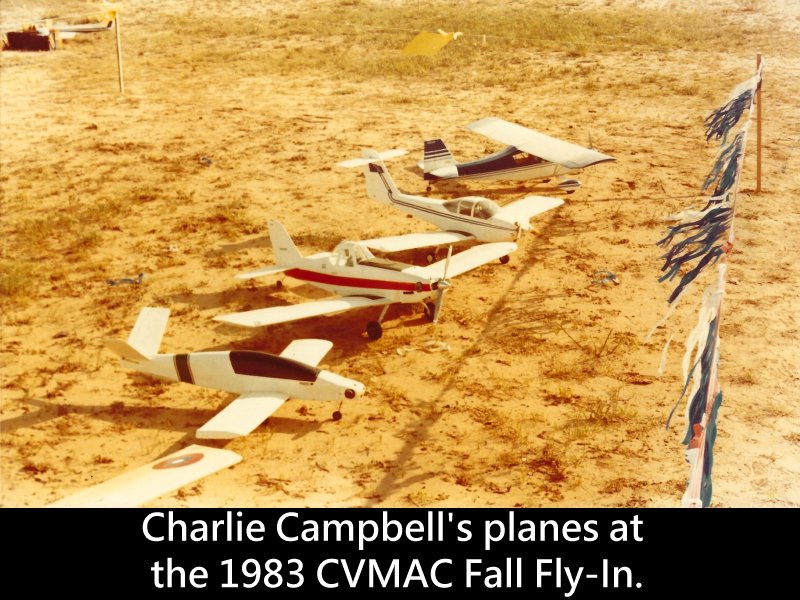 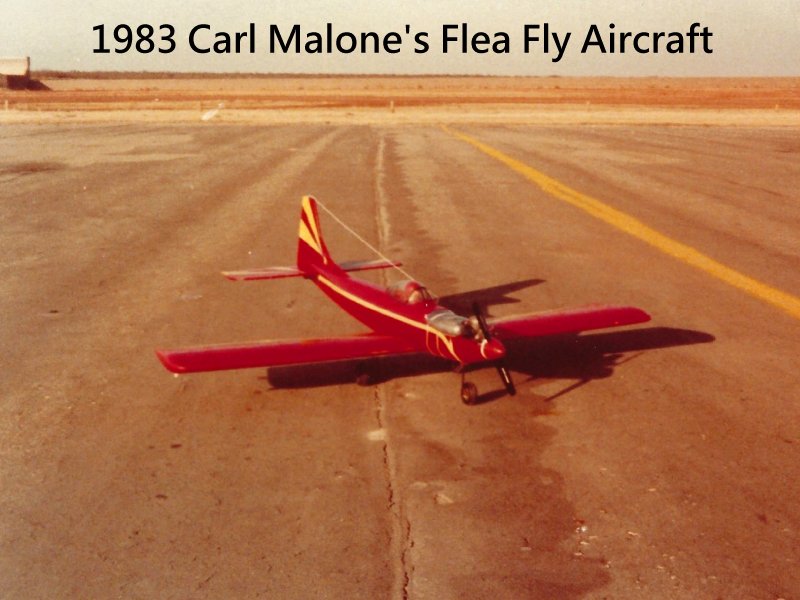 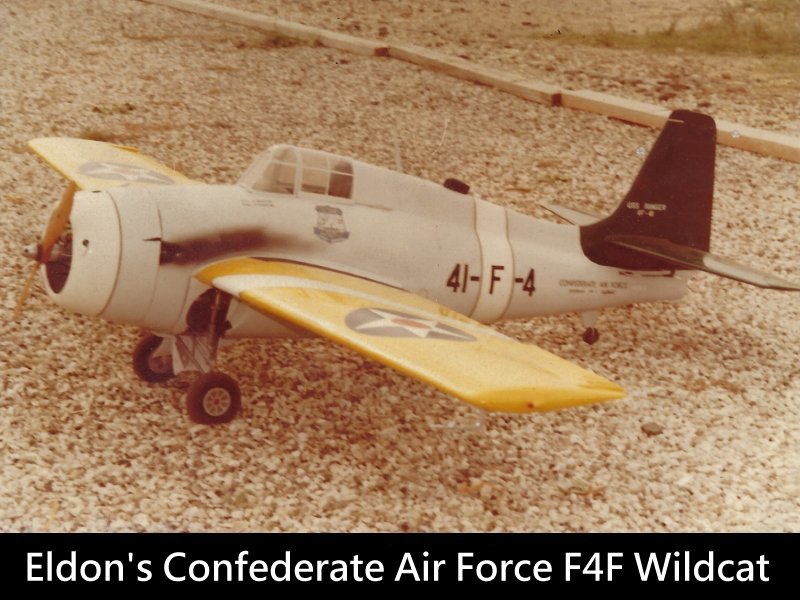 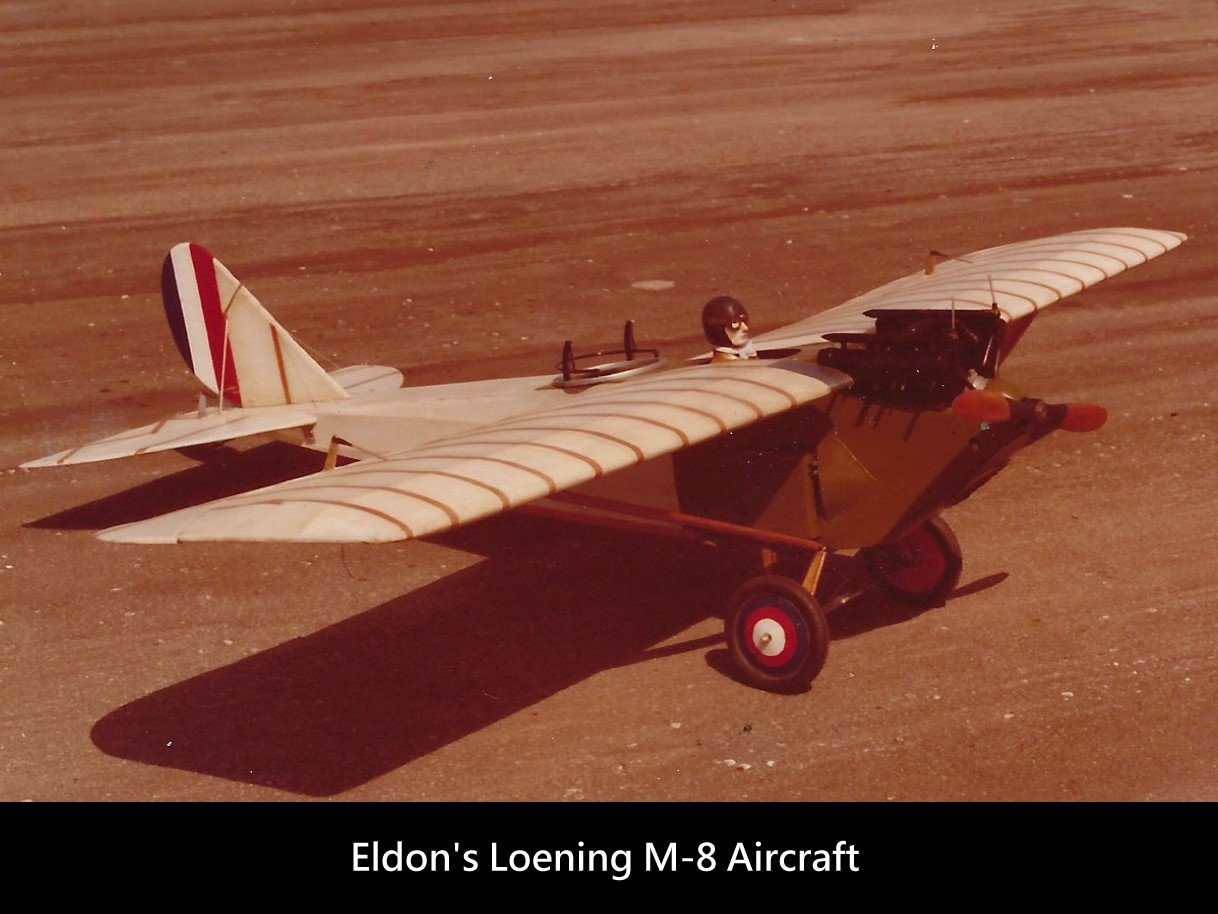 Do you have any new historical facts or see any corrections we need to make to this page? If, please fill out the form at the bottom of this page so we can update this page as needed. If you have any historical pictures of the field or past events, please email them to Jimmy Gaona at jimg1963@yahoo.com. Thank you for helping us keep history alive!